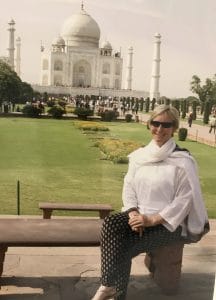 She was fine for a while, but by 2008, she was told that she needed to go on dialysis. For a short time, Suzy was on the waiting list but was actively seeking a living donor. Luckily, her husband, John, stepped up right away and said he wanted to be her donor. He was the first to get tested and ended up being a great match.

“I was dumbfounded when we found out John was a match,” Suzy said.

Suzy worked until she received her kidney transplant. Her family was very supportive of John’s decision to donate. 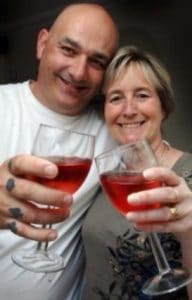 “It all happened so fast,” she said. “I was only on dialysis for three weeks.”

Post-transplant, John was able to return to work ten weeks after surgery. Suzy did experience some illness but is now doing great.

Last year, Suzy celebrated her 10th transplant anniversary by trekking the Himalayas. Her post-transplant accomplishments also included trekking the Great Wall of China in 2016, and participating in a parachute jump to raise money and awareness for organ donation.

Suzy’s transplant taught her the value of living life to its fullest. Her goal is to conquer the Seven Wonders of the World.

“We are both doing so well now,” Suzy said. “Our lives are so comfortable now.” 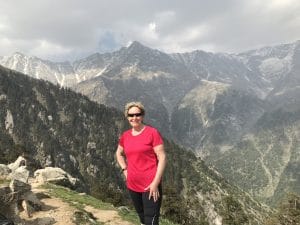 Suzy noted that dialysis did not work correctly for her. Her life would be much different now if she did not receive her kidney transplant. Her transplant and John’s decision to donate helped her realize how much she appreciates life

“You need to do things while you can,” she said.