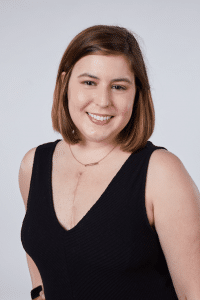 Liz was diagnosed with cystic fibrosis at just four months old. By her sophomore year of college, her health began to decline, and she had to move back home with her parents. She knew that a lung transplant was in her future.

By February 2018, her illness became much more severe. Her doctors decided that her next step would be to go on oxygen. Soon after, she was told that she needed a lung transplant.

In August 2018, Liz started being evaluated for the transplant waiting list. Liz describes this process as “mentally exhausting.”

Despite being difficult, “You have to do it because the end goal is to survive. That is what got me through it,” Liz said.

By December 2018, she was added to the waiting list for a lung transplant. Although Liz knew this day would come, she didn’t expect to need a transplant so soon.

Liz signed up for a program called Lung in a Box.  Her physician warned her that the wait may not be any shorter, and said, “it isn’t like you will receive a call tomorrow.”

The next day, on January 31, 2019, her phone rang while she was taking a nap. She thought the transplant center was calling to reschedule an appointment. However, they called to tell her that they might have a lung for her.

“It all happened so fast,” Liz noted. “They told me it would be eight or nine months, but it ended up only being about two months.”

They told Liz that a potential donor was on life support. There was a 20% chance that the surgery could happen. She was instructed to go to the transplant center. 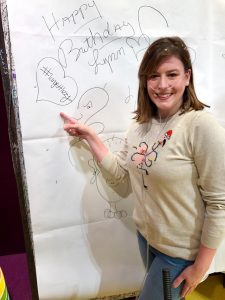 Liz and her parents waited patiently in the waiting room for hours. By 1 AM, they started to lose hope. After hours of not eating, Liz suggested that they stop at IHOP on the way home.

Then, the nurse came in and told them that the surgery was set for 6 AM.

Liz remembers responding by saying, “I guess we’re not going to IHOP.”

She texted her loved ones and went to surgery.

Post-transplant, Liz is doing well. Some of her biggest challenges are the side effects of medication and her body image.

“I sometimes feel bad about how I look, and then I feel guilty that I feel that way,” Liz said.

The amount of medication required post-transplant was shocking for Liz, but living with cystic fibrosis, Liz was used to a lot of medication.

Liz is just a few months post-transplant, but she is doing everything she can to raise awareness about cystic fibrosis and organ donation.