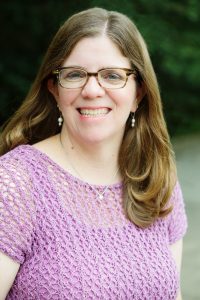 In 1998, Ann moved to Birmingham, AL, where she met Tess, who would end up being a lifelong friend. From the beginning of their friendship, Ann knew that Tess had a history of Polycystic Kidney Disease (PKD) and that a kidney transplant was most likely in her future.

Tess did everything she could to protect her kidney function, but eventually, she was told that within a year she would require dialysis or a transplant. Upon hearing this news, Ann declared to Tess that she wanted to be tested to become her living donor.

Ann found out that she was a match to donate and, in June 2016, she donated her kidney to Tess. They are both doing well!

During this process, Ann’s internal support person was Margaret Tresler, who was a 4x kidney recipient, and a statistician at the University of Alabama at Birmingham.

Margaret questioned why Ann had to use her PTO to be a living donor and teamed up with nephrologist, Robert Gaston, MD to lobby for an organ donation paid leave policy at UAB.

In 2017, UAB implemented a policy that would provide salary support to an employee who volunteers as a living organ donor or bone marrow donor.

“It developed momentum and it passed, and it was just very exciting. In some ways, I think it’s more exciting than transplanting one person because it can impact more people,” Ann explained. “I’m sure there are people who don’t donate because they don’t have paid time off – because they can’t afford it. You might be off and your job is protected, but that doesn’t pay your mortgage.”

“Having a policy really opens the door to more transplants taking place. It takes away one more barrier that might prevent people from being living donors.”

“This is something that will have long-lasting implications for people, it’s not just a one-time thing,” Ann noted.

The AST recognizes employers who provide salary support for living donors through the Living Donor Circle of Excellence program.