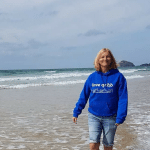 I went to my GP back in 2000 because I had been suffering from diarrhea for a rather a long time. I was referred to a consultant, Dr. Ellis at the Horton Hospital, Banbury. When he looked at my blood test results, he found that I had the anti-mitochondrial antibody which can sometimes lead to […]

Mount Laurel, NJ – May 11, 2017 –  The American Society of Transplantation (AST) announced its recently elected 2017-2018 board members, including its new president, president-elect, and secretary, at the American Transplant Congress (ATC) in Chicago. The AST inducted its new president, Ronald Gill, PhD, during its annual meeting on May 1, 2017. Dr. Gill is […]