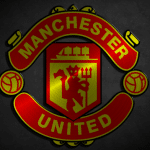 Former Manchester United and England player, Andrew Cole, has received a kidney transplant. The 45-year-old suffered kidney failure after contracting an airborne virus in 2015. Manchester United released a statement, which indicated that Cole will be taking a break from his club ambassador role during his recovery. On behalf of Cole, the club issued the following statement, […]