Bill considered himself to be a “lucky boy” growing up. He had a great relationship with his father; they played catch and watched baseball games for hours. He grew up in a Catholic household, where he attended church every week and was an altar boy with his brother.

However, his perfect childhood came to an end when he was 12. At the age of 39, his father suddenly had a stroke and passed away. The death of his father destroyed Bill, and he would never be the same. The loss of his father caused Bill to lose all faith for fifty years. 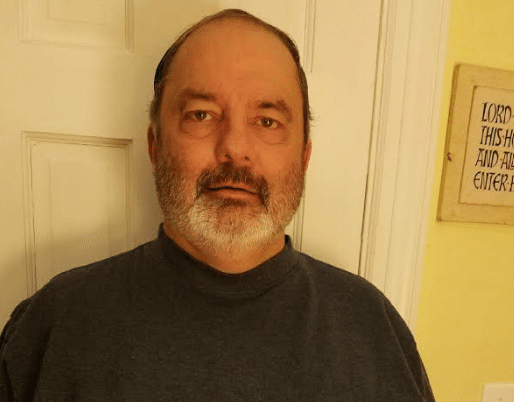 In 2006, Bill’s mother became ill with ALS, Lou Gehrig’s Disease. Soon after, Bill began to feel weak and tired. He was unable to control his blood pressure and the medications had stopped working. His doctor eventually had him see a specialist, a nephrologist.  He was told that his kidneys were failing due to the high blood pressure.

He decided not to tell his mother what was going on, but his brother finally told her that Bill had kidney disease. His loving mother said, “Tell Billy when I get to heaven I’ll take care of him.”

Soon after, his mother passed away. That same day, Bill had a doctor’s appointment where he found out that his kidneys were failing and that he would need a kidney transplant. He was faced with the hard truth that, even with dialysis, he had six months to live. He had never been so scared in his life.

Six weeks after he started dialysis to clean his blood, on March 22, 2008, Bill was woken up by a phone call from Yale New Haven Hospital. A kidney was available. It was a perfect match from a young woman who passed away in Florida.

The following day was Easter Sunday, and Bill received the gift of life.

“My mom had taken care of her boy. I remember waking up in recovery and seeing my bride with the most beautiful blue eyes looking down at me,” Bill said.  “Seeing Barbara smiling at me, I knew I was OK.”

It has been nine years since Bill’s kidney transplant, and he continues to be in good health.

“I am very aware that a transplant is not a cure, but a treatment,” Bill explained. “My gift could fail anytime. My Donor, I don’t know her name, I don’t know how old she was, I know nothing about her, but in dying, she saved my life and will live with me always.”