Paul is avid about working out and staying healthy. He never misses an opportunity to go to the gym and improve himself. He is also the recipient of two double lung transplants. 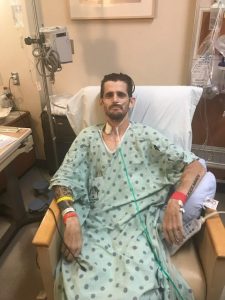 When Paul was born, he was diagnosed with Cystic Fibrosis. Despite his illness, he played sports and remained active growing up.  He believes that his physical fitness prolonged the need for a lung transplant.

However, at the end of 2014, he became very ill.  By January 2015, he began the testing to be on the transplant waiting list, and by February, he was put on the list.

In May, he finally received “the call” and received his first double lung transplant. It was a very nerve-racking experience, as he knew that he could die from the surgery. However, he also knew that he would die without the transplant. Thankfully, he recovered well and quickly returned to work.

Unfortunately, by January 2017, Paul had caught a virus which resulted in a 60% reduction in lung function over three months. By June, he started the process of getting back on the waiting list. Soon after, his lungs collapsed, and he was admitted to the ICU. 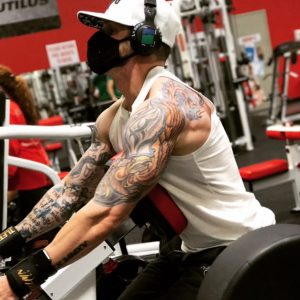 On August 21, 2017, he received his second double lung transplant.  This time, Paul was much less nervous. Within two weeks, he was taking full advantage of this gift by running two miles a day.  By the time he was 12 weeks post-transplant, he was lifting weights.

Today, Paul is working out six days a week. He is determined to keep himself and his new lungs healthy.

Transplants allow people to live their passions.  For Paul, that means being healthy and strong.

“It was challenging not being able to do things for myself. I am a very self-efficient person, so it was hard for me to depend on others,” Paul noted.  “It was also very difficult for me to give up working out.”

If he could leave people with one message, he would encourage others to take care of themselves and to fight to stay healthy and continue working post-transplant.

To raise awareness for transplant and organ donation, Paul advocates on social media. He has also volunteered his time talking to nursing students about his experience.