After some health issues, Kevin found out he needed a heart transplant. In July 2017, he was added to the transplant waiting list.

Kevin said waiting was the hardest part of his journey. 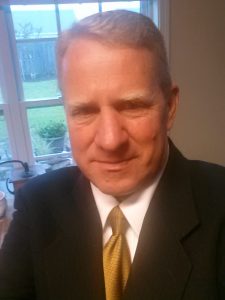 “I prayed every day while I was on the waiting list,” Kevin said. “My condition got worse during the wait, so I was moved to status 1.”

Kevin explained that it was very frustrating not knowing when the call would come.

“It is really easy to get depressed, but you have to keep yourself from getting down.”

On November 16, 2017, he received a call from Duke. They asked him if he was interested in participating in a study called Heart in a Box – a new way of transporting hearts for transplant. During transport, the heart never stops beating, increasing the time it can be transported before transplantation.  Kevin agreed to participate in the study.

He received a call shortly after he signed up to be part of the study. However, he was told that the heart would not be able to be used. It was around 8 pm, and he was told to go home.

Kevin went home, a little upset over the false alarm. However, the next day, he received another call – they had another heart available.

He was in total shock when they called him. He had the number saved in his phone, so he knew who was calling. However, he didn’t think it was about a heart being available. He was at work when they called. He was ecstatic and couldn’t believe he was getting the call.

He immediately dropped what he was doing and started the 2.5-hour drive to the hospital. On the way there, he finally realized what was happening. He made some calls, knowing that it might be the last time his loved ones heard from him.

Kevin received his heart transplant on November 17, 2017. Post-transplant, he had some complications with medication and had to stay in the hospital for 28 days.

He lost a lot of muscle in the hospital and had to learn to walk again. His recovery required him to depend heavily on others. This was difficult, as Kevin is a very independent person.

“Support groups and caregivers mean everything to you after transplant. I didn’t have a caregiver after I left the hospital, which made it a bigger challenge to recover.”

Things have gotten a lot better for Kevin, but there were bumps in the road.

“I found myself doing more and more each day,” Kevin said.

Kevin returned to work 110 days after his transplant.