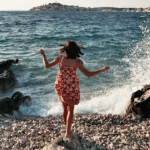 On March 31, 2017, President Donald J. Trump released a statement proclaiming April as National Donate Life Month. This month was first proclaimed in 2003 by President George W. Bush. This month, Power2Save will be honoring organ donors, recipients, and those who advocate in several ways – including featuring several stories from those who have […]