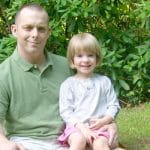 In 1992, Steve was diagnosed with Primary Sclerosing Cholangitis, a form of liver disease. Fortunately, the disease progressed slowly and Steve’s doctors were able to keep it under control for many years. Nearly ten years later, it had been so long since Steve was first diagnosed that he had forgotten the potential outcome – a […]