Kati was presented with an opportunity to save someone in her community – and she took it. To continue her advocacy efforts, she asked to share her incredible story.

Have you ever considered being a living kidney donor? I had not…until one day, I did. By far, it was one of the top five best decisions I’ve ever made. What started out as a nudge—and later what I felt was a calling—became one of the biggest blessings of my life.

Here’s the thing that may surprise you. According to the United Network for Organ Sharing (UNOS), there are over 77,000 people today waiting for a transplant of either a kidney or a liver, both of which are possible with living donations. Many of the recipients will wait up to three years for a transplant. With living donation, as opposed to post-mortem donation, the wait time is shortened and the recipient can enjoy a better quality of life sooner. 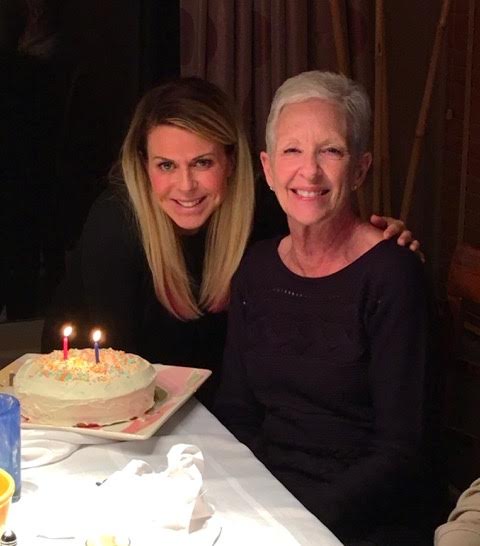 Personally, I had never really thought about organ donation other than checking that box on my driver’s license. However, one day in January 2013, an email came out from the Cave Creek Unified School District, where we live and where our two children attend school. Our elementary-school principal, Nancy Shaver, had polycystic kidney disease and needed a kidney. Polycystic kidney disease is hereditary at a 50/50 rate. Nancy’s two children and two siblings were tested for the disease and fortunately, all were in the clear. However, they were also tested as potential donor matches and unfortunately, none was a match. This was when I felt the first nudge.

It’s important to note that Nancy and I were not close at the time. We knew each other, as she was the principal of Lone Mountain Elementary School where my kids attended. She knew more about me, having known my kids through school, but I knew very little about her.

I called Nancy’s assistant and found out that the response from the community had been overwhelming. There were lots of people who had called inquiring about being a donor and this list of non-family members was long. Insurance companies usually test potential donors one at a time, so the waiting time can be considerable. At this point, Nancy was concerned about the progressive nature of the disease and was staying off of dialysis through diet, exercise, and medication. But eventually her kidneys would fail and she would need a new kidney.

Fast forward to May, when I found out a donor had not yet been found. I just knew – I was going to be her donor.

I contacted Mayo and learned about the steps to becoming a donor. First, I went through a medical-history interview via phone. Mayo told me that me being tested to be a donor would include a battery of different tests, all of which would take place between the two Mayo Arizona campuses and would include blood tests for tissue typing and cross-matching, an EKG, radiologic testing, cancer screening, a psychological testing and a gynecological exam. Normally, you can complete these tests in about three days. However, due to my work schedule, I completed them over the next couple of weeks. Easy. And the care from the medical staff and administrators at Mayo? Exceptional. 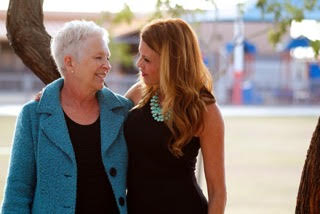 Once all tests have been completed, the case goes to committee. There are two teams in this process: the donor’s team and the recipient’s team. My donor team included a patient advocate, social worker, case management nurse, nephrologist and the surgeon. Around September 3, 2013, I found out that I was medically cleared to be Nancy’s kidney donor. This meant that based on my test results and from my team’s perspective, I was a good match for Nancy. I wasn’t surprised. I was excited.

One interesting thing to note – the two teams (donor and recipient) are kept completely separate. As a donor, you can change your mind at any time, and the recipient would never know whether you changed your mind or were simply not a match. The recipient doesn’t know what stage of the testing process you are in unless you share that info. So at any time, if something came up and I decided that this was not a good decision for me, the recipient would just know that we were not a match. For us, my recipient knew all along what stage I was at in the process because I shared that with her.

Nancy and I decided on a date of Jan. 7, 2014, with the understanding that if it became medically necessary for her health, we would go sooner. I would have to take a month off from work, while Nancy would be at home for about eight weeks…hard for both of us, as we both love our jobs and don’t do well at sitting still.

The surgery went great. I recovered in the hospital for one night, and Nancy stayed two. That’s pretty amazing considering I lost an organ and Nancy gained one! My recovery was smooth and I had a little pain and discomfort the first week, but was mostly just tired. The doctors insisted that I take walks every day to speed recovery. And I ate when I had the appetite. Emotionally, I was on a high.

Nancy also did very well right after surgery. Around five weeks post-transplant, she encountered some problems when her body developed antibodies against the new organ. This required several treatments called plasmapheresis, which means basically cleaning the antibodies from her blood, at Mayo for two weeks.

Building up antibodies to a new organ and the body wanting to reject is perfectly normal. Of course, we don’t want it to happen, but organ rejection is a normal occurrence. Still, it was difficult for both of us. It was hard for Nancy to have to go to Mayo every day and go through the tedious, but not usually painful treatments and hard for me to wish there was something more I could do for her, but knowing that I just had to wait it out.

Both Nancy and I are relatively private people, despite her prominent role as a principal in our small town of Cave Creek. We both kept the upcoming surgery quiet for the most part, but word eventually got out. The transplant garnered a lot of attention. We were both overwhelmed by the outpouring of love and support from the community and the school district. Notes, flowers, gift cards for dinners and handmade cards from entire classes at the elementary school poured in for both of us. A school song was even written especially for Nancy. Social media blew up with all the well-wishers. It was truly humbling and amazing.

We just celebrated another Kidneyversary in January. Three years post transplant, Nancy’s new kidney is doing great. She is back at work, doing all things principal and loving every second. We have formed a crazy bond, which is hard to put into words. We were acquaintances at one time. Now, she is my family. She walks around with a new organ in her body, which is giving her strength and health. I’ve returned to a normal life working, working out and not missing a bit that little organ – I’m right back to my old self.

Living kidney donation provides immediate positive results for the recipient: the new kidney usually begins to remove toxins from the recipient’s body within hours, and recovery time is shorter, compared to a post-mortem transplant. Also, many of the side effects of kidney failure reverse or slow. It is a joy to have watched the glow come back to Nancy’s face and to hear the energy and laughter in her voice. She is back to doing what she loves to do.

What’s more, the entire experience has changed me. The decision I made was a no-brainer; there was a need that I knew I could meet. I had the faith to know all would go well, the health to recover quickly and the hope that my recipient would be just fine. It made me realize just how important it is to give to others in this life. Life is a journey, and we are called to be our best selves and love our neighbors.

Organ donation allows you to give the gift of health and a new life to someone else in this world. You will forever change their lives, the entire experience will forever change your life, and you will carry the joy of serving another person forever in your heart. If you’re ever lucky enough to be a donor match…just do it. I did, and have not regretted it for a second.

I’m sure that my recipient feels like she was the one blessed, but really, I feel like the winner.