After watching a Katie Couric news segment in 2010, Rachel Bennett Steury made a decision that would change the life of someone she never met. The program was on kidney chains, kidney donation, and organ donation.

Rachel never knew that kidney donation was possible while still alive. “I felt like Katie Couric was talking directly to me through that screen,” Rachel said.

Every November, which is Rachel’s birthday month, she performs a good deed to show gratitude for another year. She typically does things like donating blood or attending a fundraiser. However, Katie Couric showed up in her living room at exactly the right time with the best idea ever.

Organ donation had been important to Rachel from an early age.

“My Uncle Ed died when I was barely a teenager. He spent a lot of time with my sister and me, and we were heartbroken when Grandma told us he died,” Rachel explained. 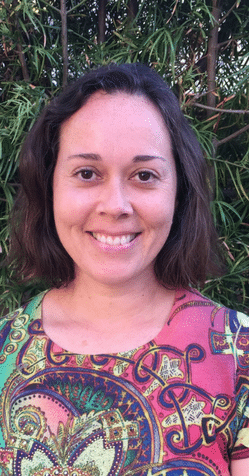 Despite her grief, Rachel’s Grandma Barb chose to celebrate her son’s life by donating his organs. The letter she received from the Organ Procurement Organization in Indiana after his passing shed light on just how many people he helped across the country.

“That letter became my grandma’s badge of honor. She was so proud of Uncle Ed, for his life and for how he helped so many after his death. She mass-produced that letter and had one in every drawer in the house. When Uncle Ed’s birthday came around, she read the letter and told stories. Lots of stories,” Rachel remembers.

After the Katie Couric segment, Rachel spent a few days researching kidney chains and the National Kidney Registry, the group featured in the news segment. After talking it over with her husband, and receiving his full support, Rachel signed up for a kidney chain.

She expected the surgery to take place the next month which would allow her to take it easy through the holidays and return to work in January.

However, the process took much longer. The medical testing required, which totaled over $30,000, ensured that Rachel was healthy enough to live with one kidney, that her second kidney could sustain the life of someone else.

Once approved to become a donor, Rachel chose July 26, 2012, as her surgery date. On that day, at the age of 35, Rachel’s kidney flew from Loyola University Medical Center in Chicago to Pittsburgh. In return, the second kidney from a bridge donor flew from Pittsburgh to Chicago, for a man in the same hospital as Rachel, just down the hall.

Later that day, Rachel’s surgeon, Doctor Milner, came in to see her and played a video of a man in a hospital bed who was talking but there was no sound. Doctor Milner said, “this is the man down the hall, he’s thanking you for saving his life.”