Edith was living a happy, healthy life when she suddenly became ill and was rushed to the emergency room. She discovered that that one of her lungs had collapsed and she was diagnosed with a lung condition called L 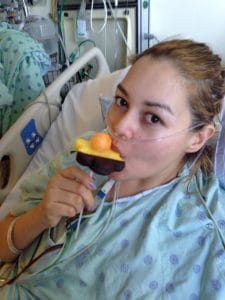 She had been living with this condition for several years but was completely unaware. Unfortunately, the disease progressed quickly, and Edith found out that she needed a lung transplant. Less than two months later, Edith was placed on the transplant waiting list.

It was a scary time for Edith, but she remained hopeful that a transplant would save her life. Approximately six months after being listed, she received “the call” that a lung was available. She was ecstatic and immediately announced to her friends and family that she would be receiving the gift of life. However, this turned out to be a false alarm.

“When I received the first call I was hopeful, so I was heartbroken when I didn’t get the transplant,” she said. 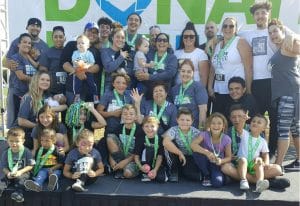 Edith received “the call” a total of five or six times. She tried not to get excited and overly optimistic, but every time she received a call, she was filled with goosebumps.

Finally, in July 2015, Edith received her life-saving lung transplant and the surgery went well. She experienced some organ rejection a few months after the transplant but has been overall lucky.

She can’t do everything that she could before her transplant, but she feels privileged to have received her transplant. Edith now volunteers her time mentoring others in need of a transplant.

Edith had the opportunity to meet her donor’s family at a donor dash. Meeting them and knowing them has been a rewarding experience for her.

“Organ donation changes lives,” Edith noted. “Not just the recipient, but their friends and families, too.”