After a minor surgery in 2010, April discovered that she had chronic kidney disease.  She then found out that she would need a kidney transplant. 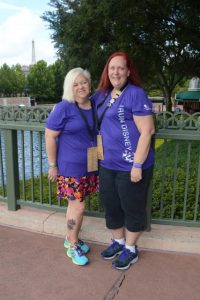 Unlike many patients with kidney disease, April never went on dialysis. She admits that she was too stubborn to start. Instead, she attempted to line up a living donor, although they were not a match.

On December 17, 2016, April and her family got in the car and were headed to Florida for Christmas vacation. They were still in close to their Texas home when she received the call that a kidney was available.

“A lot of areas in Texas have no reception, but we happened to be in the right spot. I was lucky to have received the call,” April recalled.

April says she was emotional after the call since someone had to die for her to receive the transplant. As she prepared for the kidney transplant, an outpour of love from her friends and family came in. She received calls and texts wishing her luck. 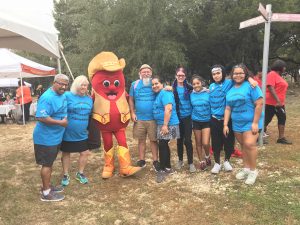 Thankfully, the kidney was a perfect match. She had no complications with the surgery and came out feeling great.

“I was sure I had died,” April said. She woke up from the transplant and felt wonderful. She felt so much better; she figured she had to be dead.

April is incredibly grateful for the gift of life. She wrote her donor family a letter but has not yet received a reply. Her life now includes raising awareness about organ donation and honoring her donor.

“Anyone who will listen gets the spiel about organ donation,” she said. 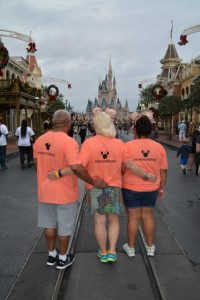 April participated in the Kidney Walk in Austin and recently got a tattoo honoring her donor. She recently went on a family vacation to Florida to make up for the original trip that was canceled when she received the call.  She wore a t-shirt that said, “Share Your Spare” in Disney World and received a lot of questions and comments from others in the park.

“It has been a great year. I’m looking forward to another,” she noted. “Many people do not realize you only need one kidney and can save a life by donating your spare.”