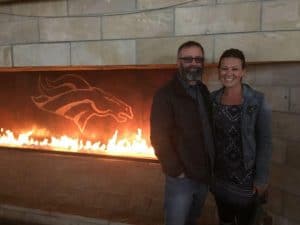 March 28th, 2018, marks our one-year Kidneyversary. Last year I was a 38-year-old wife and mother of 2 boys who were 7 and 9, and I decided to be a kidney donor for my brother-in-law. This would be his second kidney transplant.
My brother in law, Rob, was diagnosed almost 15 years ago with FSGS. This disease attacks and kills his kidneys. He will always have this disease, it does not go away with a transplant. His first transplant was donated by his cousin and lasted 9 years.
When Rob’s transplanted kidney started failing, I went with my sister while she was getting tested to be his donor. I was amazed at the process. They (the transplant team at UC Health in Denver) really wanted to make sure she was healthy and would live a normal healthy life with one kidney. 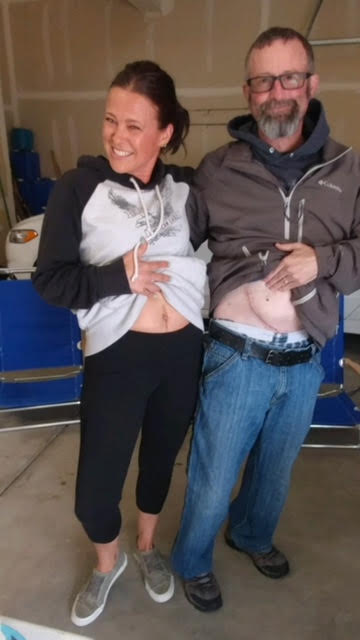 We left the hospital after a full day of tests and I came home with a feeling that it wasn’t going to be my sister, but that it was me that was meant to donate. I researched living donors, the hospital, and talked to my husband about it. When my sister was told she couldn’t donate at this time, I told her that it was my turn to get tested.
Turns out, I was a great match for Rob. The hard part was convincing Rob to take my kidney. I had a sit down with him and tell him that I loved him as a brother and I wanted to do this. But also, that he is the father of my nephew and a wonderful husband to my sister and they needed him. After surgery, I was up and walking that afternoon.
Rob and I had a competition going with who would be out of bed first. (I won

). Rob’s new kidney is kicking butt! I tell him all the time it’s because he just needed a GIRL kidney. I know that his body can start rejecting it at any time, but with each day I am so thankful that this is one more day he gets to live a full life.
Have a transplant story to tell? Contact us!