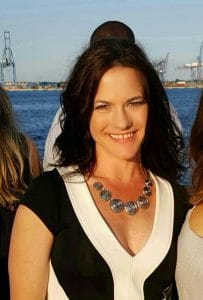 I was the youngest by three minutes. So, I suppose being a twin help me to fight, to give me the will to live from day one. The doctors knew something was wrong. I don’t think we ever did get a satisfying answer as to why I was sick. I ended up being the youngest – at the time only two days old- to have a kidney biopsy. The only explanation they could give was they weren’t fully developed, so for the first two years of my life, the hospital was my home. My parents were torn between caring for my sister at home and visiting me at the hospital.

My health declined on many occasions that they thought for sure I was not going to survive. I was always hooked up to IVs and suffered from seizures. But I was spunky; I was the show of the hospital, I was everyone’s baby! I began to improve, but they said I would have kidney problems my whole life. It was a life of doctors, blood work, tests, scans, and medicine. To me that was normal, so I didn’t think anything of it.

As the years went on my kidneys began to fail even more. And it was getting to the point that the only way I’d survive was to have a kidney transplant- something we knew I would eventually need to have. So, at the age of fifteen, they put me on the waiting list. Other then the kidney failure I was healthy, so I was only on the list for two weeks when we got the call. That is a day I’ll never forget. At the time, I was a nanny, and on that day, I just happened to have the kids at our home. It was four o’clock in the evening, and I answered the phone. It was 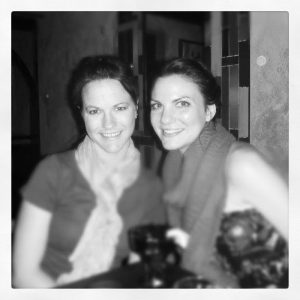 Johns Hopkins to tell us that they found a match and it’s being flown in and that we needed to get to the hospital. By the time we were able to get there, it was about seven o’clock. Immediately they took the steps needed to prep me for surgery and at one o’clock in the morning, I was being rolled into the operating room. I was terrified, crying and to the point where I didn’t want to go through with it. My mom had to talk me into it, and they even let her come into the operating room till they put me under.

It was a six-hour surgery. When I awoke, I was surrounded by my family and friends. The kidney immediately took effect and was doing its job. I felt like a new person. I did not realize how sick I really was until that day.

The weeks and months went on, but as I recovered, I ran into some challenges that led me back to the hospital.  I was feeling some of the effects of the medicine. The first hurdle I had to jump was when I came down with CMV. But to me, the most challenging was developing diabetes from the high steroids dose. I had to learn a whole other lifestyle. Checking my blood sugar, giving myself shots. But thankfully as they decreased the prednisone diabetes subsided, I no longer had to give myself shots. However, I did continue to watch my diet. I was back to living a normal teenage life. All was good!

Jump ahead about eight years. At this time, I had been married for four years. I couldn’t have found a more supportive, loving husband that was up for the challenges as well. My health did not scare him off. It was early spring 2002. I got my normal monthly blood work. My creatinine was unusually high for me. The doctors weren’t concerned. But I knew my body; it was going into kidney failure again. No one believed me, but as my numbers continued to rise, they realized I was right. They admitted me- on many occasions to help save my kidney through immunoglobulin IVs, but to no avail, I needed another transplant. 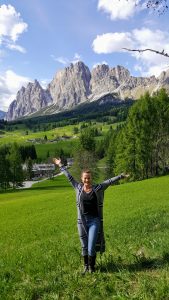 I became sicker and sicker. I retained so many fluids that I gained twenty pounds. Really I should have been on dialysis. My creatinine was in the double digits, and I was bedridden. Something had to be done, I was on my death bed and done fighting. My body was giving out. That’s when my younger sister stepped up – she donated one of her kidneys!  To this day I am forever grateful.

I could not believe how again I felt like a new person. I felt resurrected!  The kidney immediately kicked in and did its job. It was flushing so much fluid out of me that I went from 125 pounds to 85 pounds in less than twenty-four hours. The nurses had a hard time keeping up with emptying the catheter!

Being on the anti-rejection medication and the prednisone for 23 years now has been my biggest challenge. I’ve needed two knee surgeries, permanent diabetes, osteopenia, and had many breast cancer scares and biopsies. It hasn’t been the easiest, but I count my blessings every day and realize it could be so much worse!  I have so many friends and family who help and support me. Many of them if not all have decided to be organ donors!  They saw the impact it had on my life personally and know that without the donors I would not be as healthy and free as I am today!