Denise recently celebrated the 20-year anniversary of her transplanted liver. Her donor was 75-year-old, Geraldine Hodges. Her liver is now over 95 years old – and still going strong. 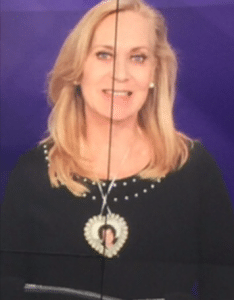 Denise found out she would likely need a liver transplant when she was around 18 years old. She was diagnosed with autoimmune liver disease, which ultimately resulted in her being listed on the waiting list in 1996.

When she found out she was listed for a transplant, she became very scared, but also looked forward to eventually feeling better if she received a transplant in time.

The Organ of a Princess?

She was 42-years-old and a single mother of two young boys. Her health was deteriorating; she required a caregiver and had developed encephalopathy, a disease that alters the brain’s ability to function correctly.

Denise waited eight months for her liver transplant. She received “the call” on August 31, 1997, a day most known as the day Princess Diana was killed.

She heard the news in the car as she headed to the hospital in New York. Denise adored Diana and related to her since her sons were around the same age as William and Harry. As a result of the encephalopathy, and how it impacted her brain, she was sure that she would receive Diana’s liver. 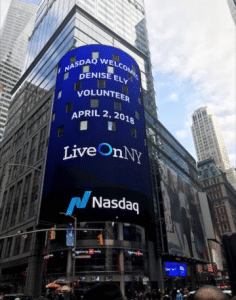 However, Denise soon discovered that was not the case. The liver that she was called in for did not work, so Denise spent several weeks waiting in the hospital.

Finally, she received her life-saving liver. She was, of course, ecstatic, but also mourned the loss of her donor.

Twenty years later, she decided to reach out to her donor’s family. After exchanging letters, she connected with her donor’s daughter, Rebecca. She found out her donor was a 75-year-old woman named Geraldine Hodges.

2018 has been an eventful and exciting year for Denise. On the first Monday of Donate Life Month, she had the opportunity to ring the closing bell at the Nasdaq. Before becoming a nurse, Denise had spent her career on Wall Street. 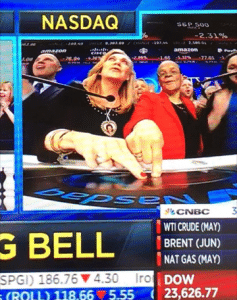 “It was one of the most exciting things that I’ve done in my life,” she said.

She was able to promote Donate Life Month by having her face in Times Square and being featured on CNBC, Bloomberg TV, BBC, Fox Business News, and well as other major stations.

This was an enormous opportunity to promote organ donation.

“My donor’s family was watching in Texas, and I had a cousin watching it in Sweden,” she said. 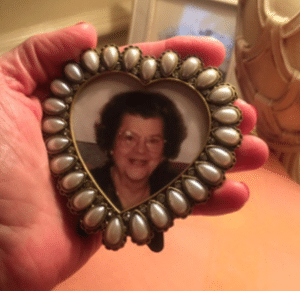 In May 2018, Denise had an even more exciting experience – she finally met her donor’s family. This emotional experience was captured by the media – raising even more awareness about organ donation.

Denise had already been in contact with Rebecca, so when they finally met – they already felt like sisters. The family invited Denise to a barbeque and even brought her to the house that her “donor mother” lived in for 40 years.

Denise had the opportunity to learn a lot about Geraldine and found out that they had a lot in common. Geraldine grew up in an orphanage, and Denise grew up in foster care. They also both became nurses at the age of 52.

Rebecca even took Denise to Geraldine’s grave, giving her the opportunity to say a prayer to her beloved donor.