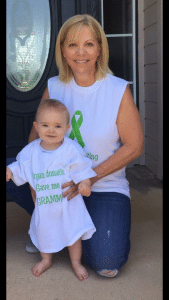 Sandra was on a family vacation in Mexico, when something happened that would change her life. While playing with her kids in a waterfall, she slipped and scraped her ankles.

She had an open wound and entered tainted water. Months later, she began to feel tired. Her drowsiness turned to exhaustion, and Sandra soon went into a coma. Sandra was given just three days to live. She was taken by Careflight to Dallas – her only hope was a liver transplant.

While many transplant recipients talk about how their transplant made them immediately feel better, Sandra never had time to digest the fact that an organ transplant was needed. She was 34 years old, had two young sons, was married, and was in the prime of her life. Just two days before, this was not even a thought.

Sandra wrote to her donor’s family and received a response right away. Her donor’s husband was very receptive to meeting, and they met at a nearby restaurant.

“There were a lot of tears, lots of emotions,” Sandra said. 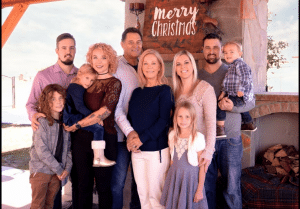 Afterward, Sandra had the opportunity to meet her donor’s two sons. She even attended one of their weddings. Sandra and her donor’s family have also done local talks on television and radio about organ donation.

To raise further awareness, Sandra has competed in the Transplant Games of America several times and has won multiple medals. She has also handed out cards promoting organ donation at Rangers Games.

Receiving the gift of life has given Sandra a full and happy life. She was able to raise her sons, who were just 3 and 5 years old at the time and has been married for years. Now, Sandra watches her grandchildren.

Because of her transplant, Sandra has been able to travel, go to the gym, and live a full life. She helps her husband take care of patients health at their chiropractic practice that they have had for over 30 years. She has never forgotten where her gift came from or the doctors that saved her life.