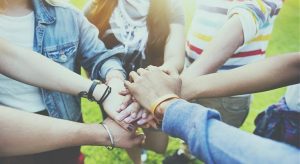 My sister Nancy is seventy. When she was twelve her kidneys began to fail, triggered possibly by an autoimmune response to being stung by a swarm of bees.

For the next six years, I watched as medications, needles, blood tests, doctors, hospitals, and finally kidney failure consumed her life.

This was the sixties and artificial kidney treatment—dialysis—was just starting to save lives. But there weren’t many kidney machines. To qualify for dialysis you had to go before the “Life and Death Committee”—AKA the “God” committee—that reviewed your resume and decided whether you were worth saving. Fortunately, the gods gave her a thumbs up.

Dialysis kept her alive, but not much more. Once active and athletic, on dialysis, she was always tired. She’d start up a flight of stairs and have to sit and rest after five or six steps. She was constantly in and out of hospitals, always sick, coping with one medical complication after another. It wasn’t much of a life. Her doctor suggested a kidney transplant, by then no longer experimental, but nowhere near as common a procedure as it is today.

In 1971 Nancy asked our mother to float the idea of a kidney donation by members of our immediate family. I thought about it for a minute, weighed the small risk to me against the potentially massive benefit to her, and declared it a no-brainer. I went in for tests, was a good match, and we did it.

I was in college at the time—worried about earning money for tuition, wondering if my girlfriend really liked me, would I be drafted, and what would I do when I grew up—like every other slightly bookish, shy, late-blooming young man. But a funny thing happened after the transplant. People began treating me like I was some kind of saint. What I didn’t know then but do now is that donating a kidney puts you in a special club, one you join by doing one thing to save one life. The unique and paradoxical thing is that while anybody can join, it still remains a pretty exclusive club.

Has donating a kidney affected my health? Well, I’m sixty-seven and after forty-six years can honestly say I have never missed that kidney. I’ve lived an extremely full and healthy life, wooing and marrying my wife, having children, climbing mountains, and for many years running marathons. Would I do it again? In a heartbeat. Since they wheeled me into the recovery room until this very moment I’ve known I made the right decision. How often can you say that?

I’ve been asked if I would have donated a kidney had it been to someone outside of my family, even someone I didn’t know. That’s hard to say because I wouldn’t have been aware of the need for kidneys from living donors if not for my sister’s illness. But I can say this: Twenty years later I registered with the Puget Sound Blood Bank (now Bloodworks Northwest) to donate bone marrow. One day the phone rang and off I went to the hospital. The recipient, battling cancer, was a stranger whose identity and medical outcome I never learned. If anything, I’d have to say I felt better about being a marrow donor because I was older and more fully understood what I was doing. It doesn’t matter whether you know the person. A life is a life. I would not hesitate to donate a kidney to someone I didn’t know. Unfortunately—for me—I’m all out of spares.