Alana was just 13 years old when she was diagnosed with kidney disease. It took ten years for her to require a kidney transplant, and thankfully, her brother volunteered to be her living donor. 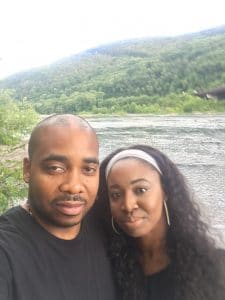 The living donation allowed Alana to bypass dialysis, so she was very excited (as well as a little nervous) when she found out they were a match.
Alana’s transplanted kidney lasted ten years. Unfortunately, her primary disease, Focal segmental glomerulosclerosis (FSGS), returned her kidney. It was a frustrating time for Alana. Like many transplant recipients, she thought her kidney would last longer.

Desperate to get the living donation approved, they ended up going to four hospitals, until George Washington agreed to do the surgery after the kidney stones were removed. Finally, after being on dialysis for a year, Alana received her second kidney transplant on September 26, 2016.

It has been a roller coaster, but Alana now has excellent kidney function, and she is now expecting her second child.