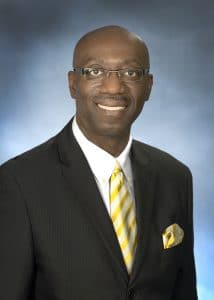 Ray’s doctor often refers to him as a “walking miracle.” He beat all odds, and if he were a textbook case, he would not be around today to tell his story.

It all started in December 2016, when Ray began retaining fluid in his abdomen. It became difficult to sleep, so Ray consulted his primary physician. His doctor expressed concern and told Ray he should have an MRI immediately.

After the MRI, Ray received a call from his doctor at 9:30 pm.

“There’s something going on with your liver,” his doctor told him. Ray was told to see a specialist.

Through January, Ray had multiple medical appointments, where fluids were drained from his abdomen. On January 27, Ray had a scheduled appointment, but that morning, his wife had a difficult time waking him up. She was finally able to get him out of bed, but he was confused and he was not sure where he was.

When he arrived at the doctor’s office, he was unable to follow simple instructions, like getting on the scale.

“The doctor’s words didn’t even sound like English,” he said.

After the appointment, Ray’s wife took him to the emergency room. He found out that his toxins were high, and that was the reason for his confusion. He was admitted to the hospital. His children came to see him, but he did not know who they were.

Fortunately, the next day Ray’s memory returned, but his toxins were so high he had to be transferred to another hospital.

“We have news for you,” the doctor said. “Your liver is failing. You need a liver transplant.”

It was discovered that Ray’s blood pressure was dangerously low (50/30) – so low that doctors expected him to be dead or in a coma. An x-ray showed that Ray was bleeding internally from a previous procedure he received.

They had to wait 24 hours to Ray be transferred to North Carolina. He had a 50% chance of surviving the trip.

When Ray arrived at Duke, he went through a series of tests.  At the end of the week, Ray was added to the transplant list. He ended up being the sickest liver candidate in the region, which spanned 5 states. He was first on the list to receive the transplant. A liver became available almost immediately, but they had to treat an infection. At that point, he had a 1% chance of survival. Three days later, another liver became available – doctors couldn’t believe that Ray survived to see another liver offer.

After a 7-hour surgery, Ray was not expected to survive the transplant. His family came to see him to say goodbye.

Ray beat all odds and survived the liver transplant. He had to learn to walk again and spent five weeks in the hospital and three weeks in rehab post-transplant.

“It was a tough experience, but I had to make it happen,” Ray said.

Post-transplant, Ray wants to inspire people. He wrote a book called One Percent which overviews his incredible journey. February 16, 2018, marked one year since his transplant. He celebrated this day like a second birthday.