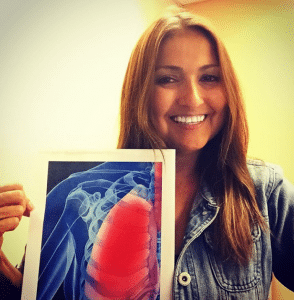 Julie was a 26-year-old mother enjoying life with her family when she discovered she needed a lung transplant.

Julie was a healthy and active mom when she began to experience occasional shortness of breath. Other than that, life seemed pretty normal until the day she collapsed.

That day, she had friends over. She went upstairs to use the bathroom. When she looked in the mirror, she noticed that her lips were gray. The next thing she remembers is being on the ground, with her 9-year-old son looking over her.

While she was in the hospital after fainting, her doctor told her that she had primary pulmonary hypertension and that there was no cure. He then left Julie and her husband in the office stunned, waiting for more information.

When the doctor returned, Julie was told that they were experimenting with lung transplants. She was asked if she would consider it. 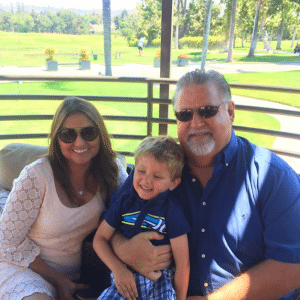 She would be the first single lung transplant performed at UCLA Medical Center. Julie figured she did not have much of a choice, she was a mother of two young children and needed a chance to survive.

She waited approximately eight months on the waiting list. Julie’s first donor was a 15-year-old girl from Los Angeles who suffered injuries from a car accident.

Life was relatively normal post-transplant. Julie led a careful and healthy life. She and her family did everything other families with kids did.

“My kids had seen enough of me being sick; I got a transplant so I could be healthy for them. I didn’t want them to remember a mom who was always sick.”

Julie was fortunate to have a huge support system, her family, friends, and neighbors helped as much as they could.

In the early 2000’s, Julie found out that her transplanted lung was in rejection and she would need another transplant. 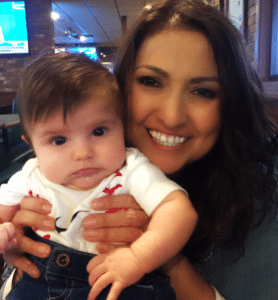 “It was like a punch to the gut,” Julie said.

Julie said the second time waiting for a transplant was much scarier because the scar tissue from the first transplant would make the surgery more difficult.

It was a longer wait, but medication had advanced since her first time on the waiting list.

Julie received a double lung transplant in 2004. Her donor was a young girl who was in a car accident with her mother, stepfather, and younger brother. Her younger brother was the only person to survive the accident.

“I adore the fact that my transplant allowed me to meet my six grandchildren,” Julie said. “My donor is always with me. I’m doing the things she wasn’t able to.”