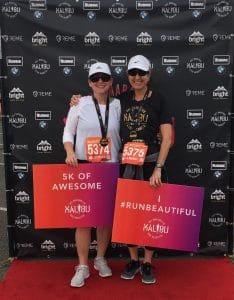 Dialysis has always been terrifying for Louise. When she was just ten years old, she experienced a dialysis center for the first time with her mother, who was diagnosed with Polycystic Kidney Disease (PKD).

Just eight years later, Louise was diagnosed with PKD. Although the news was devastating, it was not a surprise. PKD is hereditary, so she knew she was at risk.

Despite her diagnosis, Louise did everything she could to live a healthy and active life, partaking in activities including competitive sailing and running. 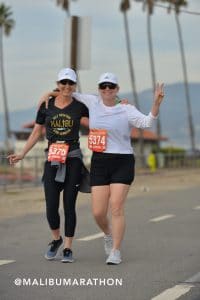 By the age of 35, she saw a significant deterioration of her health. Louise, who was a marathon runner and a successful IT director in California, was forced to take a less demanding role. Simple tasks like walking and eating were now a struggle.

Louise knew what the future held. Her mother received a kidney transplant after 10 years on dialysis.  When Louise’s kidney function declined to 15%, she was listed on the transplant waiting list and began looking for a living donor.

It was during this time that Louise met a longtime friend, Conna, for lunch.

The story of Louise and Conna’s friendship is one where stars truly align. Louise first met Conna in 1992, when the two shared an office in Canada. 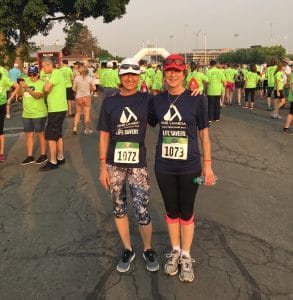 In 2002, Louise moved to California to pursue a new career at a biotech firm. Just two years later, Conna met her future husband, a Californian who was on business in Canada. She ended up moving to California – an hour away from Louise.

In 2008, Conna offered to donate a kidney to Louise. However, Louise hesitated to accept the offer. Just ten months earlier, Conna gave birth to her son two months premature after a difficult pregnancy.

Conna insisted that everything would be fine. In November 2008, Conna donated her kidney to Louise. 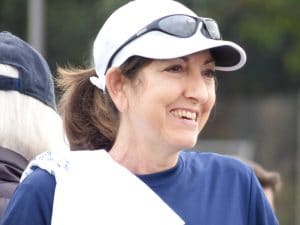 Post-transplant, Louise is back to her busy life – enjoying things like working in transplant diagnostics, multiple sports, and traveling. She celebrates her transplant anniversary each year with Conna, most recently celebrating their 10 years at the Malibu 5km 10 year anniversary last November.

A year and a half ago, Louise’s sister Marie, who also was diagnosed with PKD, received a kidney transplant. The sisters participated in their first Transplant Games of America 5km together in August 2018.