Five years ago, Robert Collier lay in a hospital bed after years of trying to fight off a disease that was “scarring my lungs to where they were hard as a rock.” Collier was placed on a lung transplant list, but it could take months before he may receive new lungs. On Oct. 18, 2014, a week after he was placed on the list, Collier closed his eyes at 6 p.m.“and said goodbye to the world.”

“I didn’t have high expectations and it was getting harder and harder to breathe,” Collier said. “I dr 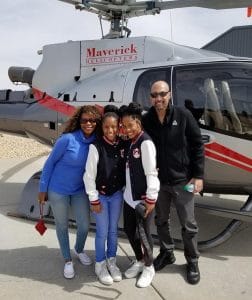 ifted in and out, closed my eyes and accepted it.” Collier prayed one last prayer and fell asleep. He woke up the next day with new lungs in his chest.

Now, Collier is spending more time with his family and advocating for transplantation research funding and awareness. Collier, of Highland Village, was diagnosed in July 2012 with systemic scleroderma, a disease that impacts internal organs that his doctors believed may have been caused by Collier’s use of cleaning fluids and solvents while working at his parents’ dry cleaners as a kid. The disease usually first impacts the lungs.

“I slowly started having breathing issues,” Collier said. As time went on, Collier went on oxygen and received some chemotherapy treatment, but his lungs grew worse. “At the end, I got real bad,” he said. “The oxygen machines I had at the house weren’t enough, I passed out a few times.” He was placed in intensive care at the hospital in August 2014 and after a series of tests, he was placed on the transplant list in October. But breathing was more difficult than ever, even with the help of the hospital’s oxygen mask, and Collier fell asleep that night on Oct. 18 without the expectation of waking up. “I woke up the next day with an elephant on my chest,” he said. “They had found a donor in a little over seven days.” Collier was taken into an 18-hour surgery for a double lung transplant. The surgeon told Collier’s wife, Jeannetta Collier, that he had never seen lungs so bad.

“There was a tiny hole of tissue that could breathe,” Robert Collier said.

“The disease had also destroyed my esophagus to where the flap doesn’t close and anything can come back up,” he said.

He received a feeding tube and wasn’t able to eat food for a year-and-a-half. Since having the tube removed, Collier can’t eat after 2 p.m. and he can’t lay flat. Collier had to make other life changes as he continues to live with systemic scleroderma and with two transplanted lungs. He got rid of his motorcycle, can’t do sports anymore and he can’t make a fist. Ever since the day he received his new lungs, Collier has wanted to reach out to the family of the donor. 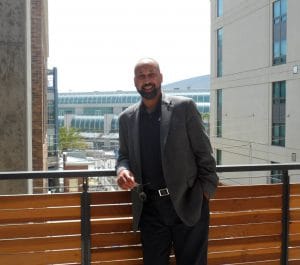 “This was a life that passed and a gift was given to me,” he said.

But he didn’t know who the family was and he would have to go through the hospital to contact them, and the hospital had a rule that he had to wait one year. After the first year passed, Collier had been in the hospital a lot, for many reasons, and he wasn’t sure if he should contact them.

“I didn’t know if I would live,” he said. “This is the first year I really believe I have a future. I made a promise that if I don’t wind up in the hospital this year, I’ll reach out to them. I’ve got the letter written.” Collier says he’s about 90 percent back to normal today.

“Every day is a little better,” he said. But he isn’t worry-free. Among organ transplant recipients, about half of the time, their bodies reject the organs after about 5 to 10 years. “A lot of people think you’re good to go after getting the transplant, but if you do everything right, there’s still a 50 percent chance of rejection,” Collier said. “When something doesn’t feel right, you worry that it is rejection.”

Despite all of that, Collier is extremely grateful for his second chance at life. He’s returned to work as vice president of technology at Associated Time and Parking Controls, and he wants to make a difference for transplant recipients.

“Once I started getting better, I started searching for the ‘why,” he said. “It became my driving force. Not knowing the answer, I know I have to give back.”

Collier was set to speak this week during the 2017 Transplant Patient Summit in Washington, D.C. The American Society of Transplantation chose two transplant patients from each state, including Collier, to become “transplant ambassadors” and advocate for the field of transplantation in a legislative and fundraising capacity in its new initiative, called Power2Save. Collier and the Society both want to raise awareness for the importance of organ donors (there are more than 113,000 people on the organ transplant waiting list) –  as well as raise funds for transplant research, which will hopefully improve that 50 percent rejection statistic.

Collier is telling his story to many, and he wants to help other people who have systemic scleroderma or are in need of other organ transplants. Robert Collier flew over Grand Canyon with his wife, Jeanetta, and their twin granddaughters, Taylor and Tiffany.

“I know what I went through when I was diagnosed,” he said. “I’ve heard from other families going through learning they have it, and my goal is to help them in the early stages to not stop fighting and be positive.”

His other “why,” his other goal for his life post-surgery, Collier says, is his grandchildren. “My prayer (on Oct. 18, 2014) was that I be granted the privilege to take them on a trip,” he said. Robert and Jeannetta, who will celebrate 31 years of marriage this week, took their twin granddaughters, Taylor and Tiffany Collier, on a helicopter ride over Grand Canyon in March of this year. “Every morning I get up, I am thankful,” Robert Collier said.