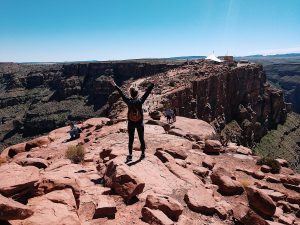 Annemarie’s story began with a morning walk alongside her mother, sister, and three family dogs before the start of the school day. It was the first and only time that Annemarie and her sister asked if they could join their mother to walk the dogs. During their walk and in a hurry to get back home, Annemarie’s mother turned around to see her daughter suddenly unresponsive on their neighborhood sidewalk. Following the shock, fear, and numerous tests and procedures, Annemarie was diagnosed with hypertrophy cardiomyopathy – otherwise known as an enlarged heart – at the young age of seven.

She had lost the ability to write, complete and understand basic math skills, lost most of her motor skills. It would take quite a while of rehabilitation to regain most of what she learned all over again as a young, elementary-school-aged child.

The rest of her childhood would be filled with limitations and worry. She would need constant supervision with very restricted independence to do much on her own. She remembers not being able to participate in physical activities with other children her age and had felt almost as if her childhood had been robbed of her. Annemarie recalls how hard it was to watch her sister excel at sports and other physical hobbies that she longed so much to participate in as well. This led her to experience feelings of depression during her adolescent and teenage years.

There came a point that her medical team felt that it was time to place Annemarie on the waiting list for a new heart when she turned 17. While she waited, she graduated high school and went on to study for her freshman year of college. As the semester went on, getting to class on time would be a struggle, as she noticed feeling weaker and more tired. While in a hurry to her one of her classes, she would experience yet another one of many heart attacks she had endured in her lifetime. 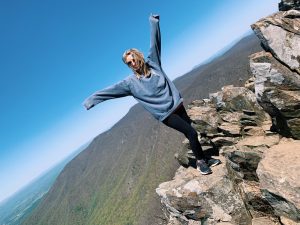 After years of feeling deep sadness and hopelessness, Annemarie remembers developing “a sense of clarity.” She needed to accept her life the way it was and needed to shift her mindset to try to live a happier life. It was until shortly after, she got a call from her mother where Annemarie was asked if she was sitting down to receive “the news”: there was a heart ready for her. Annemarie immediately burst into tears. She was a bit scared and overwhelmed, but so happy, relieved, and excited to earn her independence and a new lease on life with a new heart.

She recalls the moments where she said goodbye to her parents on the way to the operating room, where they felt many emotions during the last time they would see each other until Annemarie would have her new heart. She remembered laying on the operating table before the surgery began, where she never felt more at peace.

“My road to recovery was nowhere near sunshine and rainbows,” says Annemarie. Finding the perfect concoction of medications to manage the pain and reduce the chances of rejection and infection was very hard. She recalls the “towers” of medications she needed to take, many of which made her experience debilitating side effects, such as migraine headaches, nausea and vomiting, tremors, and muscle cramping. Due to her previously enlarged heart taking up excessive space in her chest, her chest cavity began to fill with fluid to compensate for the extra space left after her heart transplant. When the fluid was finally drained, she was able to feel her new heart beating for the first time – a moment she will remember forever.

Now, Annemarie has been able to travel throughout the United States and explains that hiking and being in the outdoors brings her absolute joy. She can now say that she has been able to hike the Grand Canyon and regularly enjoys hiking the mountains near her home in Virginia. She is so thankful for the independence she always dreamed of as a child and to be able to use her body to do things she would previously be unable to physically achieve. 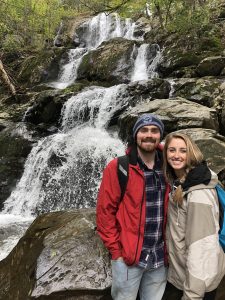 At times she admits that just like every human, she may take life for granted after trying for so long to block out the pain and trauma from the past experiences she underwent while growing up and even recovering from her transplant. Yet, she remains thankful for the life she was given that now allows her to have empathy for others who experience limitations as she once did, where if she never lived the life she has, her outlook on living could have been so much different.

She has since gone on her earn her degree in social work in 2016, where she can express her passion for people and helping others. It can be said that none of this may have been possible if it wasn’t for her donor and their family. After the one-year mark of her transplant, Annemarie was able to read a letter that her donor family had written her, and they have kept in close touch ever since. At a Donate Life event, they were able to meet for the very first time. They maintain a wonderful relationship, and Annemarie wishes for them always to be a part of her life.  Every year she celebrates the anniversary of her heart transplant with her family and donor family on April 23rd.

Annemarie’s story is a testament to how difficult the transplant journey can be, where she further explains, “it is okay to feel and be sad, and it is only natural to not ‘be okay.’” These feelings need to be felt, but now looking back and realizing how much she has grown, along with gaining the ability to help others who have been in similar situations, is all worth it to her in the end.