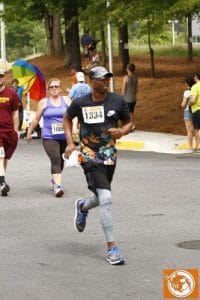 In February 2007, Cal began coughing almost nonstop during the day.  He also started to feel winded while performing everyday activities and additionally noticed that, while playing basketball with co-workers, the other players began to outpace him, which typically wasn’t the norm.  He even noticed that simply climbing the stairs to his third-floor condo now took minutes instead of seconds.  Cal went to see his doctor who promptly referred him to a pulmonologist.  When he saw the pulmonologist, he was diagnosed with IPF (idiopathic pulmonary fibrosis), a terminal illness, and told that he would need a lung transplant in order to survive. 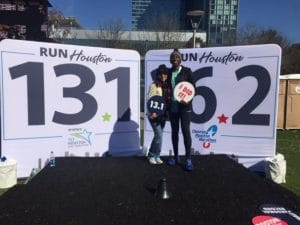 Cal began to search for a lung transplant program but ran into difficulty as a number of transplant programs deemed him as a high-risk candidate due to a secondary health condition and could not accept him.  Eventually, he was accepted into a transplant program in Houston, TX.  Due to his high-risk factors, one of the conditions for surgery was that he would not be able to eat solid food for 1 year after transplant.  By the time Cal relocated to Texas to be placed on the waiting list, his health had deteriorated rapidly and he was told that he had approximately 3 months to live if he wasn’t able to receive a transplant. 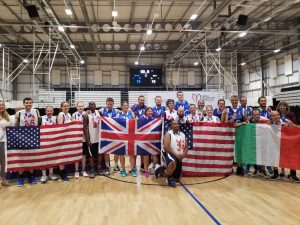 “I was excited and calm and nervous all at the same time”, Cal said.  “The transplant team told me to get to the hospital as soon as possible.  At the time, I was renting an apartment in Houston but my partner was back in Atlanta.  It was kind of a crazy time.  It was a busy holiday travel season and I was working on getting a flight for her but didn’t want to wake her in the middle of the night just in case it was a false alarm.”  After confirming that the surgery was really going to happen, Cal was able to get her the very last airline seat available that day from Atlanta to Houston.  She made it to the hospital about 30 minutes before Cal was wheeled into surgery. 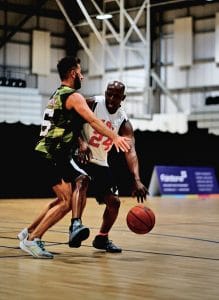 “I’ve had a blast”, Cal said.  “It’s great being able to meet and compete with transplant athletes from around the world especially since it wasn’t too long ago that I couldn’t walk 6 feet without the use of oxygen.

Cal has also returned to running and is currently training for the 2020 New York City Marathon.