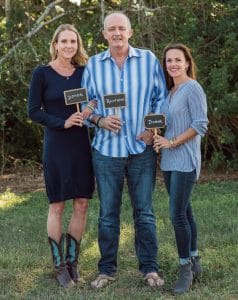 The universe may place hurdles in your path that seem insurmountable, but the resilience of the human spirit will also give you the strength and stamina to overcome them. In 2017, I was thrust into a race I had never wanted to run where reaching the finish line meant life or death.

Staring my husband Neil’s death sentence of kidney failure in the face, I answered the call to donate my kidney as his lifeline. After months of evaluations and extensive testing, I learned with utter devastation that I am medically ineligible to donate a kidney due to my renal anatomy. My husband’s ship was going down, and my alarm whistle was on mute. I knew the only way forward was to tell people about his plight. Ripping off his privacy cloak with a vengeance, I drafted my first-ever Facebook post and served up a slice of our darkest secret to the world.

Up until that day, Neil’s diagnosis with Polycystic Kidney Disease had been a secret for fifteen years. Only immediate family knew, and my husband’s brother had always offered his kidney whenever Neil’s kidneys would ultimately drop below 20% function, the point at which dialysis or transplant, the treatment of choice, is considered to prolong life. Unfortunately, his brother was also deemed medically ineligible to donate a kidney, and we discovered with desperation that having someone willing to donate a kidney is NOT THE SAME as having an approved donor.

We were relieved to receive a tremendous response to my Facebook post with people from seven countries on four continents enrolling at Johns Hopkins Hospital’s transplant center to donate for my husband. While eternally grateful for the gestures of these generous souls, I couldn’t help but fear that they might also join his brother and me as bench-warmers cast aside. 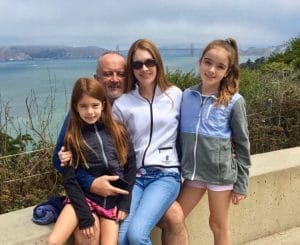 After an exhaustive global search with six donor candidates denied, Neil’s saviors were actually under our nose the entire time in the form of two close friends and teachers at our daughter’s school. Allison, our younger daughter’s teacher, (whose own husband donated a kidney in 2010), began the evaluation process. Around the same time, Britani, a nursery teacher, began donor testing “behind our back” so as not to dishearten us if she were also denied as a donor. Britani was the first approved donor for Neil, and Allison was approved a few weeks later. While you technically only need ONE donor, these two women were both determined to help. Neither was a good “match” for Neil, and I work diligently to dispel the myth that you have to be a “match” to save your intended recipient. The National Kidney Registry’s kidney swap program allowed these selfless women to save lives by donating their kidney to a stranger. This life-saving kidney exchange program has a large pool of other mis-matched donor/recipient pairs scattered across the country. Their algorithms find blood and tissue compatible pairs, and they set up a “kidney chain” in which kidneys are flown across the country and evenly exchanged. A life-saving chain was assembled just in time for Neil to avoid dialysis, with his kidney function dwindling to 11%.

Neil’s donor’s kidney arrived in Baltimore on a redeye flight from a stranger in Los Angeles, while Britani’s kidney took an outbound flight to a stranger in Boston. Once Neil was successfully transplanted, Allison saved the life of a child by giving a “kidney voucher” to a young boy on dialysis with her donation to a stranger in San Diego. Other kidneys in coolers with GPS trackers across the country also took flight as part of these exchanges. In total, Britani and Allison’s donations kicked off a series of kidney chains which saved EIGHT people across the United States. 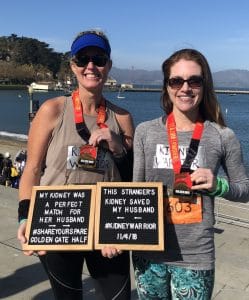 There are many moving pieces to our puzzle, and we are forever grateful for the awe-inspiring gestures of Britani and Allison, who healed seamlessly post-donation. However, we were curious about the compassionate soul in Los Angeles whose kidney now sits at our dining room table and sleeps in our bed. We eagerly learned that the former stranger, Shannon, is also a married mother of three just like Britani and Allison. I was never a runner before my husband’s transplant, but once I learned that Shannon is an accomplished marathoner, I felt compelled to do a race in her honor. I took an enormous leap of faith and nervously agreed to run the Golden Gate Half Marathon with her in San Francisco. After months of grueling training, I met her for the first time just hours before we crossed the finish line hand in hand. I like to say, “My husband getting a kidney? That’s science. His wife running a half marathon? THAT is a miracle.”

We may not realize it when we hit rock bottom, but our darkest days are actually a gift to others. I share our odyssey because our story of survival could be another family’s beacon of light. I used to say “Kidney disease picked the wrong wife,” meaning I will fight relentlessly to raise awareness about living kidney donation. But, I have changed my tune to “The right wife was denied to donate.” I will never be able to donate my kidney, but I have vowed to donate my voice to this cause.

The Golden Gate Bridge served as the perfect setting for our half marathon because that monstrous structure is traditionally shrouded in fog, and our transplant trek often rendered us navigating in the dark without a flashlight in reach. According to the National Kidney Foundation, 13 people die every day waiting for a kidney, and we ran 13.1 miles in their honor. Thanks to donors Britani, Allison and Shannon, I wasn’t a family member of one of the unlucky 13 left behind to buy a black outfit and edit a eulogy. If my words are hard to read, it’s even harder to wait for an organ you need to live. My husband was on that dreaded kidney waitlist, but I refused to plan a funeral. Instead, I chose to swim upstream against a harshly untenable current with no lighthouse in sight. When trepidation and fear enveloped my core and dragged me down to the depths of despair, I mustered the strength to rise. 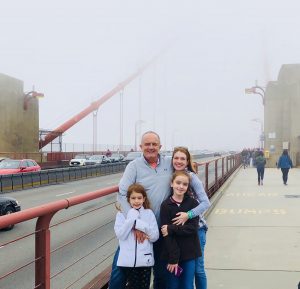 So today, I urge you to rise. Rise with resilient fury to whatever challenge is before you, even if the density of the air itself is so gray and oppressive you can’t see the back of your hand. Take the first step. The fog only dissipates if you allow the spark of your soul to gleam through the unknown. Light your torch and blaze your trail. My destination is waitlist zero.