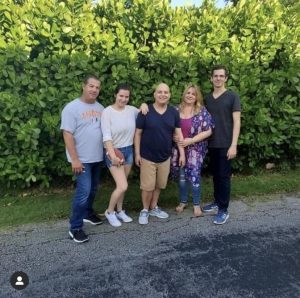 In the year 1992, Kevin was born happy and healthy, until one day, two weeks after returning home and while his mother was feeding him, Kevin coded in her arms. Luckily they were able to get him to the hospital to save his life, to then find that a viral infection caused him to develop dilated cardiomyopathy. After stabilizing him and establishing a care management plan, Kevin’s medical team explained that as he grew, Kevin will likely have worsening heart problems as he enters puberty.

As predicted, by the time Kevin turned twelve, he needed a defibrillator to help keep him alive and he was placed on the transplant list. He needed intravenous medications daily to help his heart function normally, but had such trouble getting up from the couch or bed without having an arrhythmia.

“It was one of the hardest times in my life,” he recalls, “I was afraid to do anything.” Miraculously, on September 17, 2004, at 12:30 PM, it was only three months later that a surgeon called his family to notify them of a heart that was available for him. “I remember this day like no other, so vividly,” says Kevin.

Around 6:00 PM that evening, he received his new heart. Even though he was intubated when he woke up the next morning, he knew to stay relaxed and was shortly extubated with his mother and father by his side. 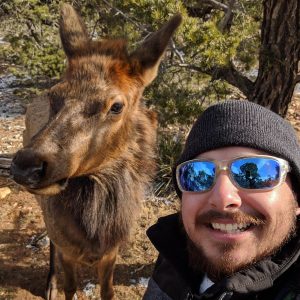 “I remember my very first meal was McDonald’s. Go figure,” he laughs. He spent the next three days in the ICU and the following two weeks in recovery.

Unfortunately, Kevin’s journey did not stop here. One year after his transplant, at age thirteen, Kevin was diagnosed with post-transplant lymphoma. He underwent immunotherapy for one year and achieved remission for the next six years following. It was until he turned nineteen that the lymphoma came back and returned with a vengeance, but this time he had a significantly lower chance of survival.

Over the following years, he had gone in and out of remission five times in total, with the most recent being April 2019. Throughout it all, Kevin continued to work full-time and tried to travel as much as he wanted. He completed the last of his chemotherapy and immunotherapy on November 29, 2019, and in early January of this year, he was informed again that he was in remission. 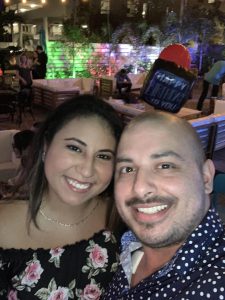 Since then, he has been regularly attending physical therapy to build up his strength and his hair has almost grown back in completely. For the past three months, he had been working with the hospital he was treated at, working as the assistant to the nurse coordinator in the transplant unit specifically with kidney patients. He is now transitioning back to substitute teaching, which he had done previously, and believes that teaching is his true calling. He aspires to complete a bachelor’s degree and to become a gym teacher!

“I am trying to do more with my life now,” he says. He explains that he always coped with the fact he had cancer as “it is what it is, and it’s out of my control.” He always maintained a strong mentality—being optimistic, while remaining realistic. He has been finding hobbies that make him happy, like playing golf, hiking outdoors, wildlife photography, and traveling. He hopes to travel as much as he can in 2020: researching a trip to Nepal and looking forward to traveling to Italy this July with his loving girlfriend.

Kevin tries to celebrate his transplant anniversary with a small gathering for dinner or a short trip every year. This year will be his sixteenth transplant-aversary! 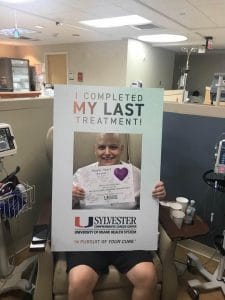 He is often asked how he feels having someone else’s heart. He honestly stated that the idea is not something that he dwells on too frequently anymore, and he views this as a positive. He says, “It shows that I am doing OK. Now my donor is a part of me and has turned into who I am.”

Kevin believes that he is incredibly lucky to have a strong support system full of loved ones. He has grown to not fear post-transplant cancer, and aims to live a full life.