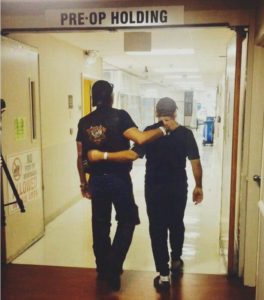 In 2016, EJ’s brother was experiencing kidney failure; undergoing dialysis, and waiting for a kidney transplant. EJ described his brother then as “shy,” “reserved” and never someone to ask anything from anyone—especially asking anyone to consider donating a kidney.

He could remember how weak his brother was. His brother struggled with daily activities he should have been strong and able enough to do, like holding his young son. It was hard for EJ to watch his own brother in pain and struggle. EJ convinced his brother to schedule an appointment at his local transplant center and prepared to attend the first consult alongside his brother.

Coming from the Hispanic community, EJ noticed that the concept of living donation was a not familiar concept known amongst his loved ones, including himself. At this time, he was not aware that living people could donate a kidney – a common misconception amongst many people. His perception of transplant donation was quite limited in that he thought organ donation could only be done with organs from deceased donors.

While EJ sat in the waiting room for his brother, a nurse walked up to him and asked about whether he had ever considered being a living donor for his brother. He was shocked to learn that this was even an option. She led him to complete a questionnaire to evaluate if he was physically and mentally fit to be a living donor. She reassured that they did not need to tell his brother that EJ was inquiring about the process until they were absolutely sure that EJ was a match or if he was 100% sure he would be willing to donate. 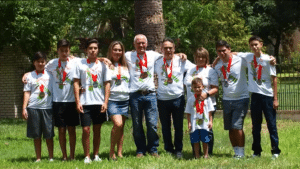 His brother’s transplant coordinator called EJ on the phone shortly after to come in and complete a physical evaluation to see if he was truly a match for his brother. Soon enough he was notified that he was a match! Now, it was up to EJ to decide if he wanted to donate. He naturally questioned “what would be the risks of donating my kidney?” as this would be a big decision.

When they asked if he would consider being a donor, he wanted to be sure and discuss the idea with his wife first. When he arrived home and brought it up to his family, his wife said, “Well, okay, so when will you do it?” They all knew that if this was a chance for EJ’s brother to live a healthier and longer life, there would be no hesitation. 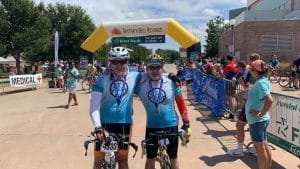 The very next day he called the transplant center back to notify them that he was going to move forward with the process. He made sure to take it upon himself to research any risks of living kidney donation and what likelihood there would be for complications post-donation.

EJ had previously participated in many marathons and events, such as the Iron Man, and had learned of a fellow athlete who had donated a kidney to a total stranger. He decided to reach out to this man to hear about his experience and learn about how his recovery process was. Making this connection helped solidify how EJ’s decision to donate to his brother was, without a doubt, the right one.

On Super Bowl Sunday of 2017 in San Antonio, Texas, EJ told shared the good news by writing a letter to give to his brother and sister in law in person. He recalls his dear brother and sister-in-law bursting into tears upon reading it, being completely overwhelmed with gratitude—an unforgettable and special moment. 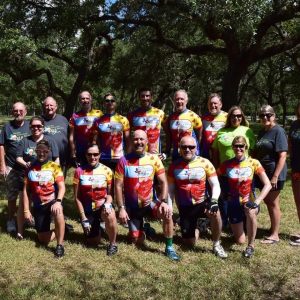 Around one month later, the transplant procedure was held on March 1st, 2017. While his brother and himself prepared and communicated up until the day of surgery, walking into pre-op with his brother, EJ knew he was ready to do this. The day before surgery was very emotional and of the things he made sure to do before the big day was to his church, a place very special and close to his heart, to receive a blessing for his brother and himself before the big day. He felt that his Catholic faith had played a great part in making this process possible.

EJ stated, “I won’t lie, there was pain, but at no point was the pain unbearable.” Being sure following the transplant tea

m’s recommendations on managing pain, he explained that any temporary pain or discomfort he felt was absolutely worth it to know he was helping his brother.

Even though they were close to begin with, this experience brought EJ and his brother even closer together. They communicate almost daily over the phone or text message. He also mentioned that even after this experience he has celebrated each anniversary of his transplant with his brother with a heartfelt phone or video call due to them living a long distance from one another. 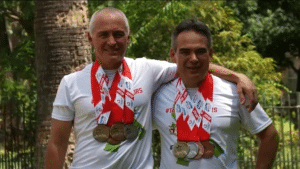 However, the Transplant Games and other events honoring organ transplantation have served as great opportunities to bring them together in person. During the 2018 Transplant Games, EJ participating in a large number of events, such as swimming, triathlon, track, cycling, and more. His brother also attended, who was not an athlete before surgery and earned a medal in cycling. They both recently participated in the motorcycling event called “Hotter ‘n Hell Hundred” where they rode their bicycles across Texas for 100 miles. They also joined in the Lone Star Circle of Life Bike Tour team, which aims to bring awareness of the need for organ donation—totaling roughly 600 miles total and a travel time of 1 week.

EJ expressed how he has “caught the ‘bug’” of wanting to continuously give to the transplant community. He wants to try and share his and his brother’s story to inspire and educate others about living organ donation and to continue to make a difference.