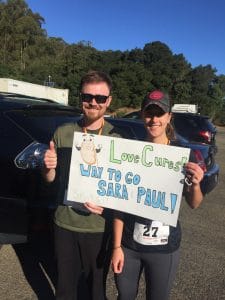 Alport Syndrome, a disorder characterized by kidney disease, is very familiar to Sara and her family. She watched her mother experience the complications of Alports over the years, along with her cousin, her older brother, and other family members.

When Sara’s brother, Paul, was around seven years old, they recognized abnormalities in his kidney function. Paul’s kidney function gradually declined over the years and he began to experience side effects including hearing loss, swelling, and fatigue. She knew without any hesitation that she would donate a kidney to him whenever the time came. Sara had seen first-hand the extreme difficulties her mom went through with her first kidney transplant in 2011 which resulted in dialysis.

When Sara was 24 and Paul 31, they learned that he would need a transplant or begin dialysis treatment. He began to talk to her about if she would be able to get tested at UCSF to see if she would be a match for him. Because this possibility had been on her mind for many years, she decided without hesitation to get evaluated for donation, and surely, she was a perfect match! 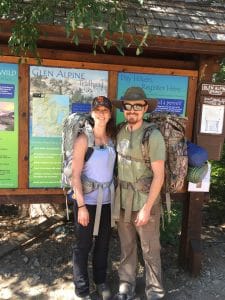 In March of 2017, Sara donated her kidney to Paul. Quickly after the surgery, the kidney transplant began to rapidly improve his quality of life and kidney function. She remembers that her recovery was a little more difficult than she first expected, but they were able to recover together at home in the East Bay Area. Despite the challenges she experienced, Sara was so happy to see her brother become healthy and feel himself again. The feeling that she could help him in that way was indescribable and outweighed any issues she faced along the way.

Nearly four years post-donation, Sara says she is the healthiest and most fit she has ever been and attributes her experience with kidney donation to helping her achieve that goal. 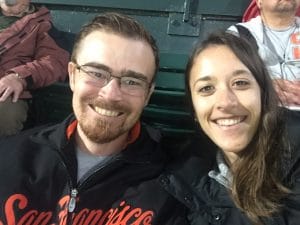 “Health has always been a priority for me but donating my kidney has given me a new respect for my body. That’s my ‘why’ and my motivation.”

For a little over a month post-transplant Sara and her brother were not able to do more than walk. Sara’s brother was never a runner prior to his transplant, while Sara was no stranger to running. However, five months after their transplant they went on a backpacking trip in the Sierras and one month later, they ran a 5k race together. They were able to run another virtual race together on New Year’s Day 2021 and Sara is currently trying to convince Paul to commit to a marathon with her. Today, she mentions that they are both doing great, and the donation has created an unbreakable sibling bond.