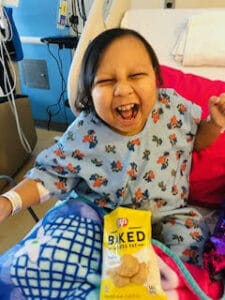 Everyone’s weight loss journey is unique, but Katherine’s began as an attempt to save her daughter MaryBeth’s life. MaryBeth was a vibrant and energetic 5-year-old but her doctors were concerned that she was not growing.  They put her through a series of tests which led to referrals to 10 different specialists.  She finally was referred to Johns Hopkins, and in February of 2018,

Katherine received the news that MaryBeth was in stage 4 kidney failure.  Saddened and shocked by this news, Katherine leaned on her faith to give her strength and guidance. Like any parent, Katherine stepped forward to become a living donor.

The doctors informed her that she would need to lose weight in order to be a candidate, so Katherine diligently went into action and lost 35 pounds! Unfortunately, she was not a viable candidate, but her husband was screened and was chosen as MaryBeth’s donor. 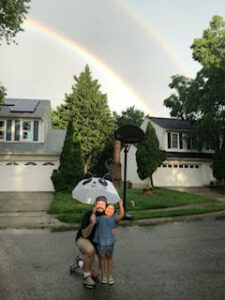 At the tender age of 7 and amid a pandemic, MaryBeth was transplanted on June 8, 2020. Although the surgery was a success, she still developed complications.  As Katherine witnessed her daughter suffer and feared that the kidney would be rejected, she began to question her faith. In the 2 months following the transplant, MaryBeth required 5 procedures and had 4 hospital stays.  Katherine, who is a former OR nurse, was unable to accompany her daughter in the operating room but assured MaryBeth that her “friends” would take care of her.  The physicians and staff were amazed at MaryBeth’s calm and bravery before the surgery.  With the help from her mom and big brother, MaryBeth made a wonderful recovery and was eventually able to return to school full-time. 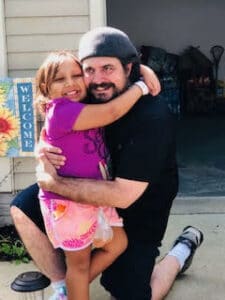 Katherine’s faith remains strong and she is thankful to celebrate every moment with MaryBeth. She encourages others to embrace the strength and gifts that crises can produce in their life, as to help others through similar situations.  She urges parents and caregivers to surround themselves with a positive support team and to live a life of wellness and self-improvement because you never know whose life you could save.