Jon, “Sully,” had never heard of kidney vouchers or living donations, but that all changed when an unexpected medical crisis impacted his family. 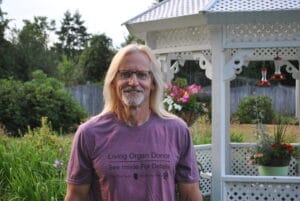 In 1997, Sully’s wife was diagnosed with kidney failure and started on dialysis in 2001. After serving in the military and the government, Sully, who is no stranger to service, was by his wife’s side as she went through the arduous dialysis treatments and raised their young daughters. Finally, after one year of treatment, Sully’s wife received the fantastic news that her sister was a match. So, in 2002, she successfully received a kidney transplant after enduring the long road of kidney dialysis.

However, in 2017, Sully’s wife’s kidney unexpectantly failed. Left with no other choice, she had to resume dialysis treatments again. Sully was there by his wife’s side and was shocked by how quickly his wife’s health deteriorated this time around. Her illness was especially hard for their daughters, who were now old enough to understand their mother’s medical condition. They served the role of both daughter and caregiver as they watched their mother suffer and decline. Sully sprang into action and began the process to become his wife’s living donor. He went to Walter Reed, and there he learned about kidney pairing and swapping. He was educated on kidney vouchers and living donations and quickly developed a greater appreciation for transplantation. Unfortunately, Sully was not a donor match for his wife because of different blood types, yet he decided to donate his kidney still. It was difficult for him to watch his wife suffer, and he knew that the sacrifice of donation would save another’s life. Hoping that soon his wife would receive her kidney, she continued dialysis and continued to decline. As the one-year mark approached, Sully worried that his wife would not be strong enough or even make it to the surgery. Sully was also deactivated from the donor list because they could not find a match. 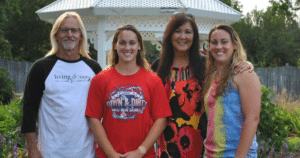 Finally, almost a year to the month, Sully’s wife received the much-awaited phone call that they had found a non-directed kidney donor. After being listed for a year, she received her kidney in April 2019. His wife’s match was a living donor that was donating a kidney for her stepson. Sully also received the good news that he was re-activated on the donor list because they found a match. He donated his kidney in January 2020.

Sully is unaware of his recipient but hopes that they are well and living a full life. He did not donate to receive accolades or gratitude but because it was his purpose in life. His wife and her donor celebrated their 1st anniversary by Zoom and often communicate through cards, letters, and phone calls.

Sully applauds those that choose to be living donors. He had a positive donation experience and saw it as an opportunity to serve humankind and discover his true character. Sully hopes that his story can benefit someone going through the living donation journey as he continues to strive in a life of service to others.