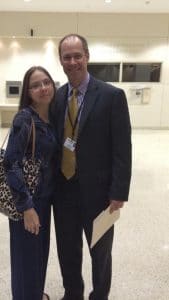 Kathie Boyette is no stranger to health ailments. Having Type I Diabetes throughout her life meant always having to rely on medication to adjust her blood sugar levels. But, after years of taking insulin, her pancreas was beginning to fail and a transplant seemed imminent. At first, Kathie thought a transplant was a drastic move, but feeling fatigued all the time, losing consciousness on some occasions, and eventually having seizures, she decided to follow her doctor’s advice and proceed with getting on the waiting list. Kathie was listed on the national transplant waiting list and 11 days later, on June 28th, 2011, she received her new pancreas.

She saw an immediate improvement in her health. Kathie explained that it was like “night and day” when describing how she felt post-transplant. With her new pancreas, she wasn’t a diabetic anymore, which meant no more insulin. But, her health woes didn’t end there. With the damage her body endured from the Diabetes and insulin, Kathie’s kidneys were given less than a few years before they would eventually fail too. 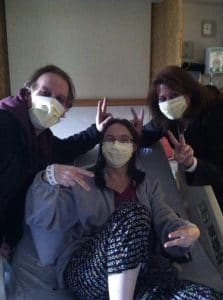 Fortunately, Kathie’s kidneys surpassed her doctor’s expectations, but eight years after her pancreas transplant, she learned she needed a new kidney. Also fortunate for Kathie, her husband, Derrick, was a match and will be donating one of his kidneys to her on September 5th, 2019. He has O negative blood, which only 7% of the population has, and means he can donate to most people. Although Derrick never thought he would be donating one of his kidneys to someone and hasn’t ever had surgery, he is willing to put his fears aside to help Kathie in her time of need.

When asked how Kathie feels about Derrick donating a kidney to her, she classifies him as her “knight in shining armor” and that they must have been destined to be together so that he could save her life. A fairy tale couple, with hope for a fairy tale outcome!