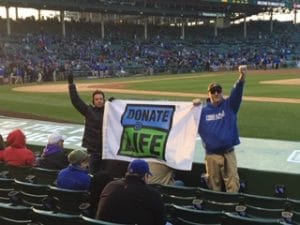 Paul’s journey began on March 17, 2012, when he unknowingly had an 8-hour heart attack that he assumed was mental. When he went to the hospital, they confirmed he had a heart attack. Immediately after, Paul quit smoking and changed his lifestyle.

His heart muscle was scarred very badly but Paul and his medical team hoped that with medicinal discipline and lifestyle changes the heart muscle may heal itself. Unfortunately, 4 months later Paul’s heart went into almost complete heart failure and he was listed for a heart transplant. He received a lifesaving LVAD which now took over the role of getting oxygenated blood to his organs.

“When I found out I needed a transplant, I felt every emotion in the book,” Paul said. “I was in denial; I felt anger, sad, scared, and anxious, but I was excited because I wanted to feel better.”

Paul said he wondered how much of his life would be cut short, and often asked himself “why me?”

Every time the phone rang, Paul thought it was his transplant center. Despite the stress of the wait, Paul tried to stay positive by walking every day, listening to music, and laughing.

He also read a lot of books to educate himself on the process. Paul noted that this was both helpful and scary. 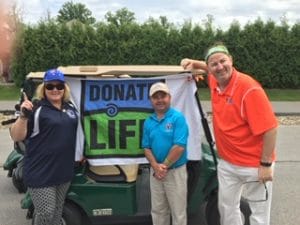 The first time he received “the call,” he was asked if he wanted to accept a high-risk organ. Since he was living well with the LVAD, Paul declined the offer. Thankfully, on June 23, 2013, he received another offer, which he accepted.

He received the second call at 5 am. He called a few of his loved ones and asked for positive thoughts.

Post-transplant, he developed painful neuropathy in his feet from a side effect of some medications and has had, like most patients, a difficult time navigating the insurance companies and medical billing. However, he did have the opportunity to meet his donor’s mother.

Paul drove 350 miles and met her at a restaurant.

“She taught me that the gift of transplantation is not just for the recipient; she finds comfort knowing her son’s organs are helping me live well.”

The meeting motivated Paul to help the transplant community.

To Those Still Waiting

“Even when you are having your darkest day, try to stay positive,” Paul said, “If you can’t take two steps, take one. Push yourself and stayed disciplined. It isn’t perfect, but it saved my life.”